Aunt Roanna is, without a doubt, one of my favorite people. I don’t think I could ever get tired of being around her. The aunts I gained by marrying into Ethan’s family were such an unexpected, cherished blessing. Ro and Colleen were the very definition of hospitable to me during my short stay in their home on my journey. Roanna made me a bacon, egg, and cheese sandwich, with eggs from her own chickens and local Wisconsin cheese, for breakfast. They also filled my front seat with granola bars and muffins before I left. I so wish I could’ve stayed much longer than I was able.

Aunt Ro thought she was hilarious by chasing me down the driveway on my way out with a $20 bill in her hand, “In case you need cash in the situation of another parking lot.”

I got gas at the first station I passed this morning. I had a great night’s sleep under my belt; driving did not feel like a chore today. But navigation always feels like a chore. I hate looking up directions; I enjoy feeling acquainted with my surroundings.

I accomplished my goal of driving four hours, without stopping, before taking a break to hike a few miles at Vermillion Falls. The falls are located along a walking path in the quaint town of Hastings, Minnesota. Ralphie and I stretched our legs for six miles around the walkways of said town. I don’t totally consider myself to be a pessimist, so I don’t like to walk the earth picturing the worst things that could happen to me. But, I did feel the need to be rather cautious as I walked the more wooded or hidden parts of my hike. I had Mace with me, and I walked a good distance with my finger directly on the trigger. Luckily, I didn’t have to use it. Hastings seemed to be an innocent outskirt of Minneapolis. I suppose it’s only smart to be careful, though. 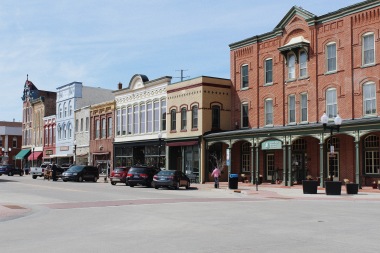 After getting some energy out of Ralphie’s system, I didn’t feel guilty leaving him in the truck while I explored the Mall of America.

I felt foolish walking around such a exuberant, crowded place by myself. I probably wasn’t sticking out as much as I thought I was, but still, perception is reality. I entered the mall where the theme park is located. I’d told myself I’d be spontaneous and ride one of the rollercoasters while I was there, but I couldn’t handle bringing more attention to my loneliness, so I skipped out and watched some strangers do it instead.

I wanted to be someone who liked the Mall of America; I did. As it turns out, though, I’m just not. The horrid reality of consumerism in America made me nauseated. I couldn’t believe how many “steps” my iPhone told me I’d taken after a couple hours of walking solely around so many different stores. I can’t fathom why we are a culture who holds the opinion that we need such a wide variety in our selections. Y’all…it’s shoes…for walking us around the earth…just buy a pair. A quality pair, sure. Everyone deserves to own quality things. But the price tag thrown on things for the illusion of quality or choice is truly horrifying.

I purchased nothing from the Mall of America. 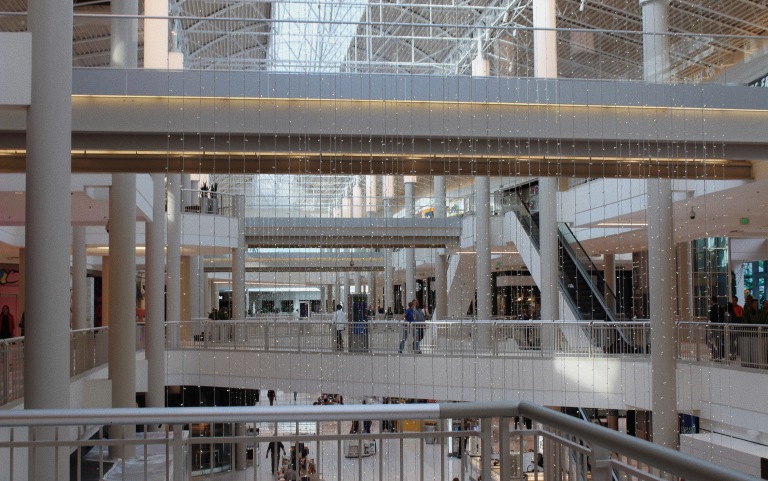 I was trying to be frugal by only eating what I’d packed for myself in the truck, but as I was leaving the mall, I passed an edible cookie dough kiosk and my self-control turned into a vaper, which flew away. I did exit the building with a small cup of chocolate chip goodness.

I’m can’t explain why I thought I’d have the energy to play tourist while on this two week voyage. Nonetheless, I’d decided in advance that I needed to walk the grounds of the Minneapolis Sculpture Garden this evening. I was unprecedentedly starving. My body was being greedy and unthankful for the cookie dough, muffins, and granola bars I’d gracious fed it today. It didn’t help my mood that Ralphie decided he was going to bark and pull towards every single other dog that happened to be out and about tonight. I forced myself to take some pictures, just in case this would be my only opportunity to do so in life. But it is important that I specify, in the moment, I hated this activity. 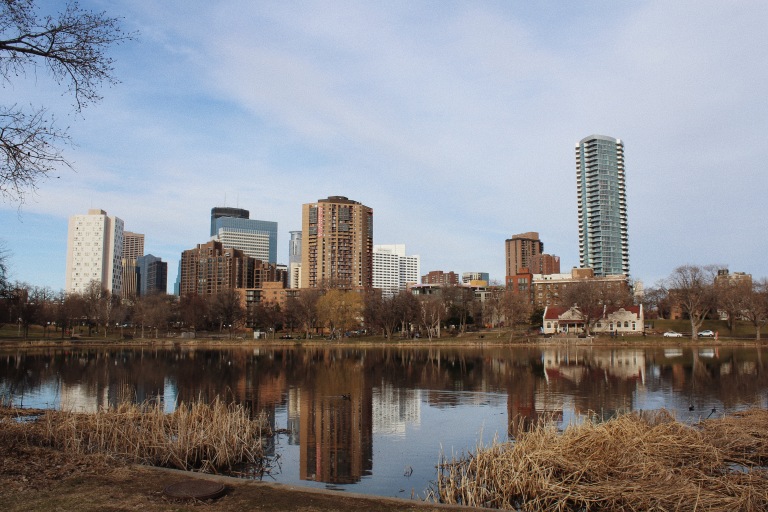 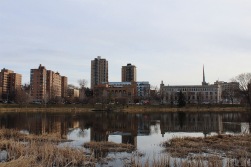 After I drove out of the total chaos that is the traffic system within Minneapolis, I found a Chick Fil A: my haven. I ordered and ate on their outdoor patio so I could have Ralphie beside me. It was colder outside than I wanted it to be. I started to get nervous about this whole “sleeping in my car” scheme I’d concocted.

I got back on the road after dinner, but I was out of motivation for the day. I was finding it hard to hit my distance goal for the day, since no matter how far I went this night, I’d still be driving every day for nearly two more weeks.

I found a Wal-Mart parking lot to call it quits in around Fergus Falls, Minnesota. My strange self had no qualms going inside to change into more comfortable clothes and brush my teeth. It’s silly, but I was excited to camp in a parking because it was new territory to me. The sleeping in my car wasn’t new. I’ve had that experience more than I’d like to admit in life. But this was the first time I’d be doing it alone, with my dog, in the middle of Minnesota. I climbed into the backseat with Ralphie and cuddled down under some blankets and pillows and fell asleep more easily than anyone would ever think to guess.

There was an error retrieving images from Instagram. An attempt will be remade in a few minutes.